The final weekend before summer officially ends is another big one on the Seacoast, highlighted by several festivals, concerts, theater, and more. Formerly known as the Rochester Fair, the 2021 Granite State Fair returns to the Lilac City from Sept. 16-26. Among the highlights are amusement rides, carnival games, animal exhibits, demolition derbies, live concerts (including Recylced Percussion this Friday night at 8 p.m.), and much more. The fair is open starting at 4 p.m. on Thursdays and Fridays and 10 a.m. on Saturdays and Sundays. Tickets are $10 (free for kids under 9). Learn more here. The Word Barn in Exeter will keep hosting outdoor concerts until colder weather forces the shows indoors. Bluegrass supergroup Barnstar! plays a pair of shows in the meadow on Friday, with an early show from 5-6:30 p.m. and a late show from 8-9:30 p.m. Tickets are $35. Then, on Saturday, one of the region’s most cherished bands, Soggy Po’ Boys, play an open-air afternoon show from 4-5:30 p.m. Tickets are $25. For a full schedule, click here. The American Independence Museum will celebrate the 300th anniversary of the historic Ladd-Gilman House in Exeter with a birthday party on Friday from 5-7 p.m. There will be cocktails, hors d’oeuvres, music, and a silent auction under the tent on the lawn of Folsom Tavern. The property will be open for self-guided tours, and the museum’s original broadside of the Declaration of Independence will be on view. Tickets are $75. Learn more here. There’s just one act remaining in this year’s Loading Dock concert series at 3S Artspace in Portsmouth — and it’s a good one. Twangy local country singer and guitarist Marjorie Senet and her band the Broken-Home Boys take the outdoor stage for two performances on Friday night: an early show from 6-7:15 p.m. and a late show from 8-9:15 p.m. Tickets are sold by the table on a pay-what-you-choose basis, starting at $50 for a table of four. The Music Hall in Portsmouth will screen six films this weekend, fresh off their Telluride debuts. After a set by local band Rockspring on Friday, the films begin with “The Power of the Dog” at 7 p.m. Saturday brings “A Hero” at 4 p.m. and “The Lost Daughter” at 7 p.m. Sunday features “The Hand of God” at 12 p.m., “Cow” at 3:30 p.m., and “The Real Charlie Chaplin” at 7 p.m. Tickets are $20 per film or $100 for a weekend pass. Learn more here.

Mikaela Davis at The Stone Church Harpist and singer Mikaela Davis and her band Southern Star will bring their unique sound to The Stone Church for an outdoor concert on Friday from 6-9 p.m. The classically trained musician takes a highly original approach to the instrument, playing both her own songs and interpretations of familiar favorites by The Grateful Dead. Local guitarist Senie Hunt opens the show. Tickets are $20, sold individually or by the table. Learn more here.

Upwards of 150 vendors will set up shop in downtown Portsmouth during the 44th annual Market Square Day celebration on Saturday from 9 a.m. to 4 p.m. Presented by Pro Portsmouth, the festival will feature live entertainment on two stages, food, and an array of products offered by artists, crafters, and merchants from around the Seacoast and beyond. As always, there will also be a 10K Road Race starting at 8 a.m. Learn more here. 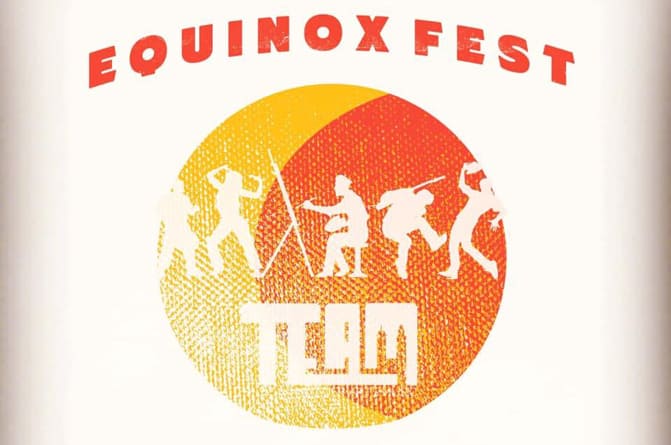 The grassy lawn of Swasey Parkway in Exeter will be filled with music, art, food, and activities during the sixth annual Fall Equinox Fest on Saturday from 11 a.m. to 6 p.m. Presented by TEAM (Town Exeter Arts Music), the event will feature more than a dozen live acts, plus art vendors, food trucks, ice cream, kids games, yoga, and more. There is a suggested donation of $10 per person or $20 per family; advance reservations are encouraged. Learn more here.

‘Barefoot in the Park’ at The Players’ Ring The Players’ Ring in Portsmouth is back in business with a new show opening in its intimate space this Saturday. Neil Simon’s classic comedy “Barefoot in the Park,” about the ups and downs of a newlywed couple, runs Sept. 18 through Oct. 3. Directed by Michael Towle and featuring a talented cast, show times are Fridays at 7:30 p.m., Saturdays at 2:30 and 7:30 p.m., and Sundays at 2:30 p.m. Tickets are $22-$25. Learn more here.

Poetry in the Meadow Three accomplished New England poets will share their work at The Word Barn Meadow in Exeter on Sunday from 4:30-5:30 p.m. The featured writers include Jen Ryan Onken of southern Maine, Sandra Lim of Cambridge, Mass., and Kerrin McCadden of South Burlington, Vt. Part of The Word Barn’s Silo Series, it’s a chance to catch an hour of poetry in an tranquil outdoor setting on the cusp of fall. There is a $5 suggested donation. Learn more here.

Forever Young: A Tribute to Neil Young at The Stone Church