The Seacoast music community is still mourning the death of long-time local musician Jeff Bibbo, but there’s an opportunity to celebrate his life this weekend. And there are other ways to celebrate, too. Here are some of the top events coming to a site near you.

The Face of Feminism Now Last weekend saw the opening of “Representing Feminism(s)” at the Lamont Gallery in Exeter. This weekend, another exhibit with a similar theme opens at The Art Center in Dover. “The Face of Feminism Now: Conversations with Feminists” is a documentary photography series examining the experiences of local feminists. Featuring photography by UNH grad Phoenix Mayet, the show opens with a reception during the Dover Art Walk on Friday, March 2, from 4-8 p.m. For more information, click here.

Equus at The Ring In Peter Shaffer’s “Equus,” a psychiatrist confronts a boy who has committed a baffling and disturbing act of violence against six horses. Back Alley Productions is staging “Equus” at The Players’ Ring in Portsmouth in March, 10 years after the same theater company’s previous production of the show. It opens March 2 and runs through March 18; show times are Fridays and Saturdays at 8 p.m. and Sundays at 3 p.m. Tickets are $14-$18; for more info, click here. Portsmouth Beer Week continues through the weekend, and several Seacoast breweries are taking part in the festivities. On Saturday, March 3, from 2-6 p.m., Liar’s Bench Beer Company in Portsmouth hosts its second annual Bockfest, featuring Stoneface Brewing Co., Throwback Brewery, Garrison City Beerworks, Chapel + Main, Earth Eagle Brewings, and Smuttynose Brewing Co. Tickets are $55 ($75 for VIP access) and include a complementary stein and all the bock you can drink. For more information, click here.

Three Blakeslees in One Night Encountering one Blakeslee on a Seacoast stage is nothing unusual. But encountering three under the same roof is a rare and noteworthy spectacle indeed. At Portsmouth Book & Bar on Saturday, March 9, at 9 p.m., Dan Blakeslee will perform with his band The Calabash Club, kicking off his national tour. Also taking the stage are Dan’s brother Jonathan Blakeslee, and their father Dave Blakeslee. There is a $5 cover charge; for more information, click here. 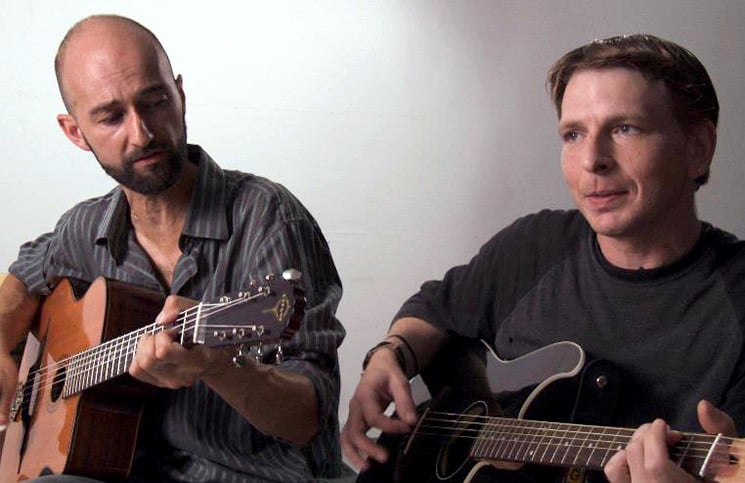 Last weekend, Seacoast musicians and fans were stunned by the passing of Groovechild front man Jeff Bibbo at age 45. This weekend, friends and fans of the multi-talented musician will gather at The Stone Church in Newmarket to celebrate his life. Guests will mingle, speak, and play music in Bibbo’s memory. The event is Sunday, March 4, at 3 p.m.; learn more here. To read an interview with Bibbo published exactly three years prior to the memorial, click here.