There’s more than snow in the forecast this weekend — there’s also lots of live entertainment at local venues. Here are some of the highlights. 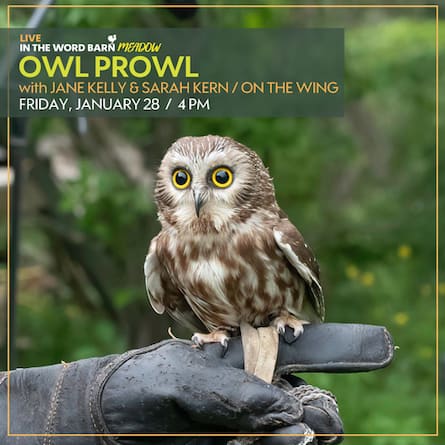 Guests at The Word Barn Meadow in Exeter on Friday will meet some live owls from On the Wing and learn about their ecology, adaptations, and importance to our ecosystem. Then they’ll take a stroll to the Raynes Farm to call for owls in the wild. The event is from 4-5:30 p.m. Tickets are $25 (free for kids 10 and under). Learn more here. Local group Rigor Mortis will celebrate the music of legendary New Orleans funk band The Meters during a special concert at The Dance Hall in Kittery on Friday from 7:30-8:30 p.m. The tribute act includes Mike Effenberger on organ, Greg Glasson on bass, Rick Habib on drums, and Stu Dias on guitar. Tickets are $15-$20. Learn more here. Two concerts at The Music Hall Fresh off the release of his new album, “Good to Be…,” five-time Grammy-winning blues singer and guitarist Keb’ ‘Mo will perform at The Music Hall in Portsmouth on Friday from 8-10 p.m. ($48-$64). Rachael & Vilray — the duo of Rachael Price (of Lake Street Dive) and guitarist/composer Vilray — follows on Saturday at 8 p.m. ($35-$45).

“Women Playing Hamlet” has been described as “rip-roaring fun for Shakespeare fans and haters alike.” After a two-week delay, New Hampshire Theatre Project opens the comedy this weekend in Portsmouth. It runs through Feb. 6; show times are Fridays and Saturdays at 8 p.m. and Sundays at 2 p.m. Tickets are $26-$30. Learn more here.

Boy Harsher: ‘The Runner’ at The Press Room The Press Room in Portsmouth will screen a special new film with an original soundtrack on Friday at 8 p.m. For its fifth release, electronic music duo Boy Harsher created a soundtrack that balances eerie instrumentals with pop songs — and they made a horror movie called “The Runner” to go along with it. Tickets are $7. Learn more here. The weekend will be filled with funk at The Stone Church in Newmarket. Four-piece band The Rock Dwellers will play covers and originals with support from local funk outfit FYSA on Friday at 9 p.m. ($10). Seacoast funk band The Bulkheads headline a show with Adrienne Mack-Davis, Villains Row, and FYSA on Saturday at 8 p.m. ($15).

‘The Mouse and the Lion’ at The Players’ Ring For one weekend only, Upside Arts will present an original musical by Miles Burns at The Players’ Ring in Portsmouth. Based on Aesop’s Fables, “The Mouse and the Lion” is the story of two animals who need each other’s help despite their very different sizes. It’s on stage Saturday and Sunday at 10 a.m. Tickets are $15-$18. Learn more here.

Dori Freeman at The Word Barn While it snows outside on Saturday night, Appalachian singer-songwriter Dori Freeman will perform in the cozy confines of The Word Barn in Exeter. Freeman, who last fall released her fourth studio album, “Ten Thousand Roses,” will be joined by 16-year-old banjo player Nora Brown. The show is 7-9 p.m. Tickets are $20. Learn more here. The Tall Granite Big Band is a 15-piece jazz ensemble based in Concord. They’ll invite guests out onto the 4,000-square-foot dance floor at the historic Rockingham Ballroom in Newmarket on Saturday night. The evening begins with a free swing dance lesson at 7 p.m., followed by music until 11 p.m. Tickets to the concert are $20. Learn more here.