Surfers and board shapers from around the country flocked to York, Maine, this weekend for the sixth annual Surf Re-Evolution event. Presented by Grain Surfboards, the festival began with a board demo at Long Sands Beach on Saturday morning, Sept. 24, and continued with an afternoon of music, art, films, presentations, demonstrations, food, beverages, and a gear swap at the Grain farm. New Hampshire-based photographer and surfer Andrew Rebeiro was on hand to capture some of the sights. 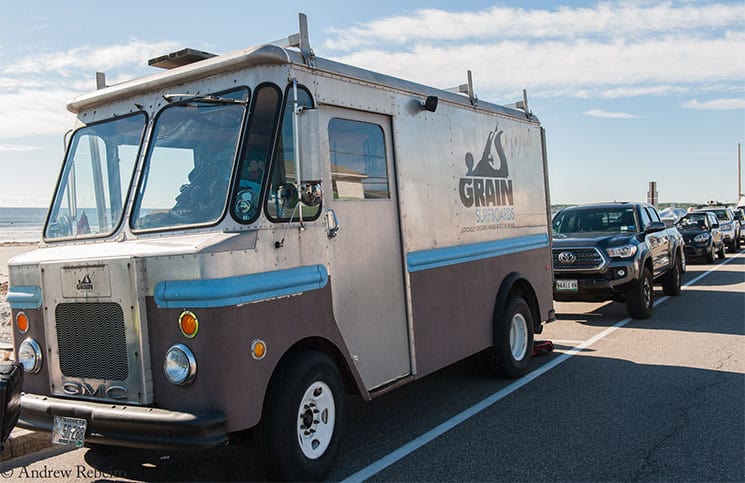 Ralph Devitto of Moment Surf Co., based in New York, shows off one of his custom boards at Long Sands Beach. Guests at Long Sands Beach head into the surf on Saturday morning. Phil Brown of New Jersey cruises down the line on a Grain surfboard at Long Sands Beach. Sean Tully of Forward Screen Printing, based in Vista, Calif., demonstrates how to make prints at Grain Surfboards. Burnt-wood artwork by Randy Gaetano on display in the barn at Grain Surfboards.