Several events coming up this weekend offer opportunities to have a good time while supporting worthy causes. Here are a few of the highlights.

Spamalot and a lot more The cast of Spamalot. photo by Jasmin Hunter Marvel Prone and The Woolly Mammoths are both young Seacoast rock bands with followings that are growing fast. The two groups, both of which have released new albums this year, will join forces for a show at The Stone Church in Newmarket on Friday, June 23, at 9 p.m. Tickets are $8 in advance or $10 at the door; for more info, click here. To read The Sound’s reviews of the bands’ latest releases, click here. 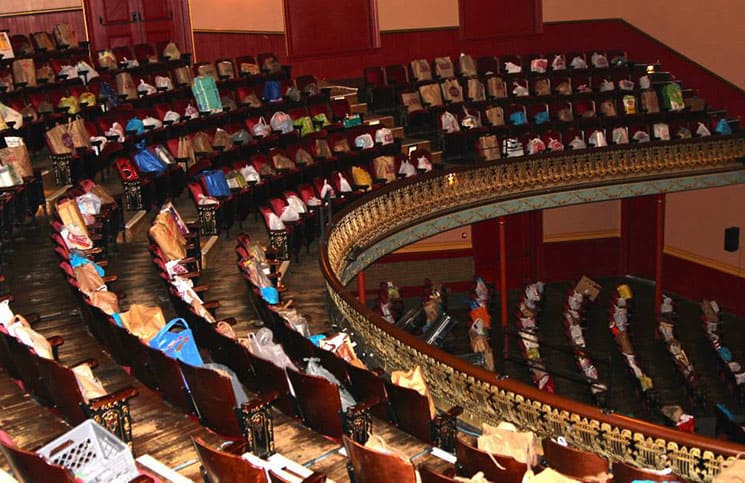 The third annual Fill the Hall Food Drive takes place at The Music Hall in Portsmouth on Saturday, June 24, from 9 a.m. to 5 p.m. Guests are invited to drop off bags of nonperishable food items, which go to the Summer Meals 4 Kids program at Gather (formerly the Seacoast Family Food Pantry). The goal is to fill every seat in the theater with a bag. Last year, seven tons of food were collected. More info here. The Southern New Hampshire Ukulele Group presents the second annual SNHUGFEST celebration at Henry Law Park in Dover on Saturday, June 24, from 11 a.m. to 5 p.m. Numerous uke-friendly bands from the Seacoast area (and one from Nashville) will take the stage at the Rotary Arts Pavilion. The event is free; proceeds raised from donations and sponsors go to the Ukulele Kids Club, a nonprofit organization that helps hospitalized children through music therapy. Learn more here.